A mysterious mass of material has been discovered beneath our solar system’s largest crater – the Moon's South Pole-Aitken basin that is thought to have been created about 4 billion years ago.
Share on Facebook 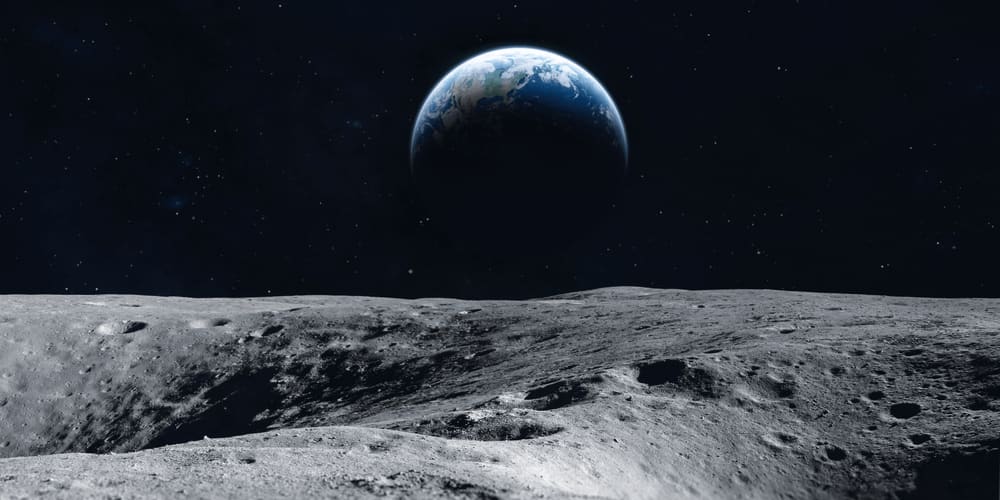 Researchers did some math and found something interesting…

A mysterious mass of material has been discovered beneath our solar system’s largest crater – the Moon's South Pole-Aitken basin that is thought to have been created about 4 billion years ago. A recent study claims that it may contain metal from the asteroid that crashed into the Moon and formed the crater.

"Imagine taking a pile of metal five times larger than the Big Island of Hawaii and burying it underground. That's roughly how much unexpected mass we detected," said lead author Peter B. James, Ph.D.

The crater itself is oval-shaped, as wide as 2,000 km or 1242.742 miles and several miles deep but it can’t be seen from Earth because it’s located on the far side of the Moon. It is our solar system’s largest crater – while larger impacts may have occurred throughout the solar system – including on Earth! – most traces of those have been lost.

Researchers, scientists, and mathematicians analyzed data from spacecrafts used for the NASA Gravity Recovery and Interior Laboratory mission to measure subtle changes in the strength of gravity around the Moon.

One of the explanations of this mass is that the metal from the asteroid that formed this enormous crater is still embedded in the Moon's mantle.

Computer simulations of large asteroid impacts suggest that an iron-nickel core of an asteroid may be dispersed into the upper mantle during an impact.

Peter B. James called the basin "one of the best natural laboratories for studying catastrophic impact events, an ancient process that shaped all of the rocky planets and moons we see today."

Quick math quiz
Get better at math!
Play Quiz
What is an IQ Test?
IQ tests are a fascinating way to study and test human intelligence. Learn the origins and history of IQ tests, the methods developed to test intelligence, the multitude of available IQ tests, what your IQ test score means, and how to improve your IQ test score!
Life Path Number: the Right Way to Live Your Life
See how your life path number influences your life!
MATH QUIZZES
Welcome to the world of recreational Math!
PLAY
We use cookies to improve your experience on www.mathandmind.com and to show you relevant content and advertising. To find out more, read updated Privacy Policy
OK