Bees can link symbols to numbers

We already know that bees get the concept of zero and can do basic math. Now scientists have found out that bees might also be capable of connecting symbols to numbers.
Share on Facebook 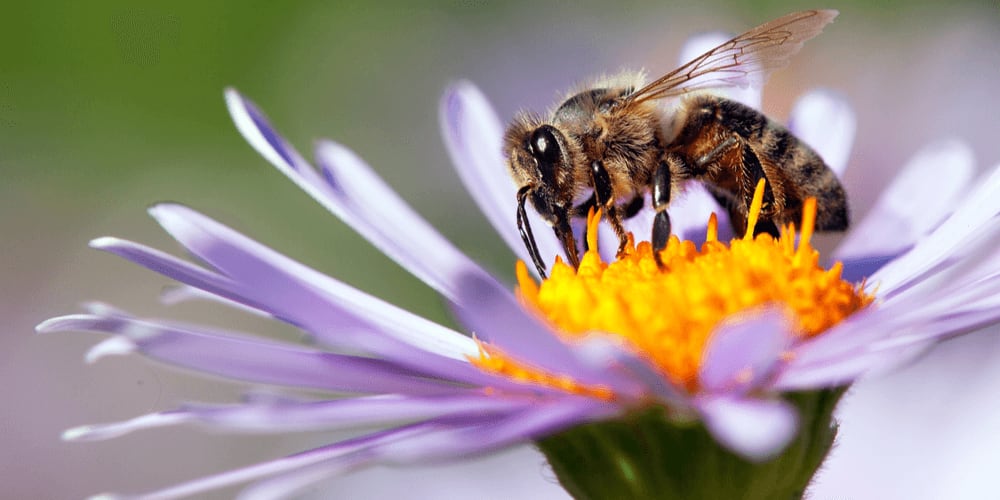 Studies show bees are smarter than we think

We already know that bees get the concept of zero and can do basic math. Now scientists have found out that bees might also be capable of connecting symbols to numbers.

Scientists from the same Australian-French team that had found bees get the concept of zero and can do simple math have trained bees to match a character to a specific quantity – that means they are able to learn that a symbol represents a numerical amount.

Why is this important?

This finding sheds new light on how numerical abilities may have evolved over millennia. New possibilities for communication between humans and other species are now opened. The finding also points to new approaches for bio-inspired computing.

"We take it for granted once we've learned our numbers as children, but being able to recognize what '4' represents actually requires a sophisticated level of cognitive ability," Associate Professor Adrian Dyer said.


But bees are not the only ones.

Some studies show that primates and birds are also capable of linking symbols to numbers (chimpanzees were taught Arabic numbers and could order them correctly), but this is the first time this ability was seen in insects.

"Discovering how such complex numerical skills can be grasped by miniature brains will help us understand how mathematical and cultural thinking evolved in humans, and possibly, other animals,” Dyer said.

Quick math quiz
Time to boost your math skills.
Play Quiz
What is an IQ Test?
IQ tests are a fascinating way to study and test human intelligence. Learn the origins and history of IQ tests, the methods developed to test intelligence, the multitude of available IQ tests, what your IQ test score means, and how to improve your IQ test score!
Life Path Number: the Right Way to Live Your Life
See how your life path number influences your life!
MATH QUIZZES
Welcome to the world of recreational Math!
PLAY
We use cookies to improve your experience on www.mathandmind.com and to show you relevant content and advertising. To find out more, read updated Privacy Policy
OK