The ancient Egyptians contributed a lot to the development of modern mathematical practices – learn about the creation of the decimal numeric system while reading our article on Egyptian mathematics!
Share on Facebook 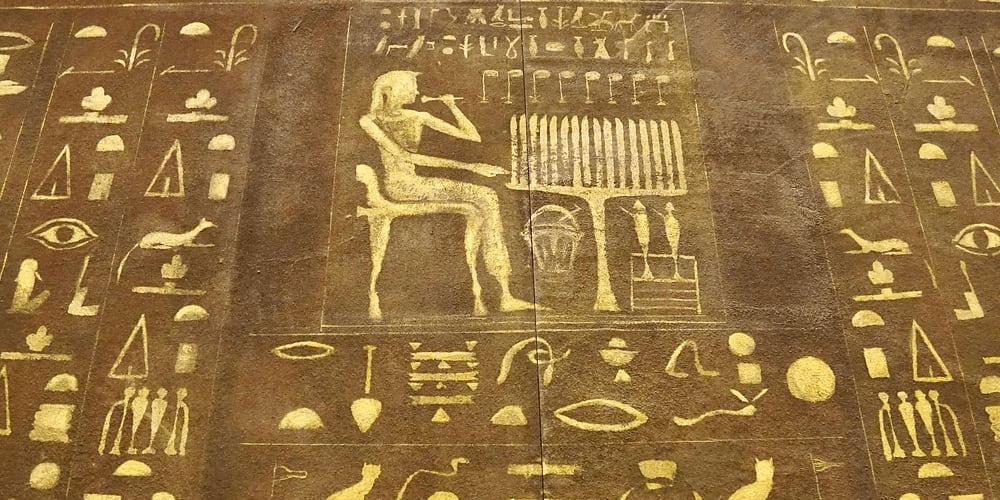 The earliest Egyptian settlements that were located along the Nile date back to 6000 BCE. The use of mathematical practices in Ancient Egypt was tightly connected with religion and agriculture. The Egyptians were known to record the seasons and describe the patterns of moon phases.

At the dawn of their civilization, the Egyptians developed a unique system of measurement. It was only natural that the ancient units of measurement were based on body parts as the easiest way to find the size of an object is to compare it with the length of various parts of the body. Let’s explore some units of length for a better understanding of the system:

According to scientific evidence, the Egyptians were the first to develop the base 10 numeration system. Again, using body parts, they created a relatively simple system that was based on ten figures. Archeologists believe that the Egyptians invented the decimal numeric system around 3000 - 2700 BCE. The Egyptians used the following hieroglyphs to represent numerals:

The development of trade led to the appearance of fractions. According to archeological evidence, the ancient Egyptians introduced fractions as early as 1000 BCE. The reciprocal of a fraction was depicted by the hieroglyph “mouth.” Besides, they had special hieroglyphs to write such fractions as 1/2, 2/3, and 3/4. The use of fractions helped them to find the approximate area of a circle – they noticed that the area of a circle that has a diameter of 9 units is equivalent to the area a square of side 8 units. Therefore, to find areas of other circles they multiplied their diameter by 8/9 and then squared it. Thus, the ancient Egyptians obtained the approximate value of p.

Take a quick math quiz to test your new knowledge!
Solve math problems and have fun!
Play Quiz
Egyptian Mathematics
The ancient Egyptians contributed a lot to the development of modern mathematical practices – learn about the creation of the decimal numeric system while reading our article on Egyptian mathematics!
Sumerian and Babylonian Mathematics
We continue exploring the development of mathematical practices throughout history. Our new article is devoted to Sumerian and Babylonian mathematics. Read it right now to find out why there are 60 seconds in a minute!
MATH QUIZZES
Welcome to the world of recreational Math!
PLAY
We use cookies to improve your experience on www.mathandmind.com and to show you relevant content and advertising. To find out more, read updated Privacy Policy
OK