Forget Jaws: Dangers of the Sea Stretch Far Beyond Sharks

Since the beginning of the Industrial Revolution, the concentration of toxic mercury in sea life has increased more than threefold! Read our new article and find out why the consumption of seafood can ruin your health!
Share on Facebook 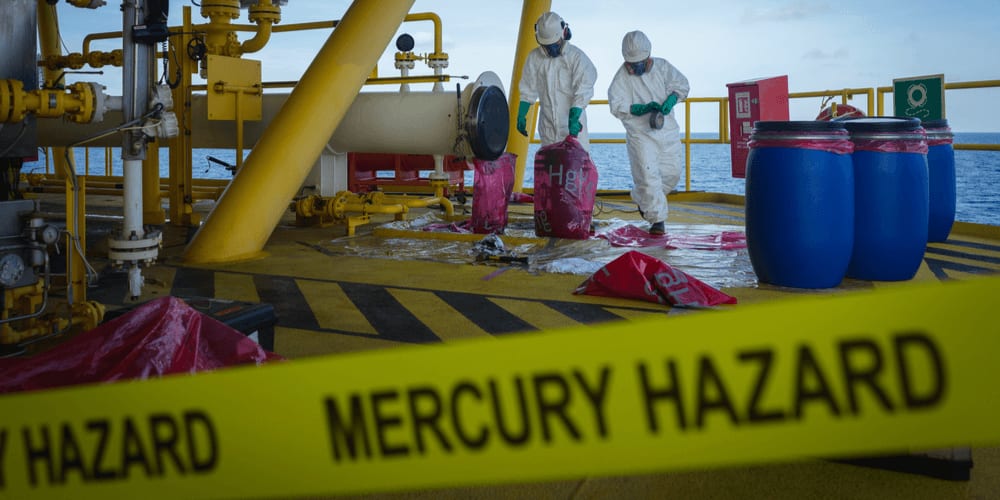 Almost everyone is aware of environmental pollution; however, there’re certain issues that skip our attention. Apparently, our own irresponsibility has hit us back – since the beginning of the Industrial Revolution the concentration of toxic mercury in sea life has increased more than threefold!

How does mercury enter the sea?

Oftentimes, the elemental mercury doesn’t jeopardize the health of living creatures as it’s easily eliminated from the organism. Scientists are alarmed by the accumulation of its form – methylmercury that penetrates into tissues. Let’s see how mercury transforms into methylmercury. According to scientists, there two main sources of mercury the sea:


The mercury accumulates in the soil and consequently gets into the groundwater. As you might have guessed, in the end, it enters the sea. The most important thing about this is that methylmercury is formed only from inorganic mercury by the action of aquatic microorganisms and microbes.

Why is it dangerous?

According to recent research conducted at Umeå University in Sweden, methylmercury is quickly absorbed by animals and humans. It is very toxic and causes kidney deceases, including kidney failure, or birth defects. In the mid-XX century, Minamata City, Japan, was hit by an outbreak of a strange and deadly decease that included the following symptoms:


It turned out that Minamata decease was caused by mercury poisoning as the result of Chisso Corporation’s massive dischargers of methylmercury into the coastal waters. By and large, methylmercury diffuses into phytoplankton that is consumed by protozoa that, in its turn, is consumed by zooplankton. Methylmercury level tends to increase up the food web.

Thus, to avoid mercury poisoning, the U.S. Environmental Protection Agency and the Food and Drug Administration recommends to cut back on seafood – especially, limit the consumption of top predator species such as swordfish, shark, tuna, etc. Description: Since the beginning of the Industrial Revolution the concentration of toxic mercury in sea life has increased more than threefold! Read our new article and find out why the consumption of seafood can ruin your health!

Take this Environment Quiz!
Raise your awareness of the environment with this quiz by our friends at Zadavaka!
Play Quiz
What is an IQ Test?
IQ tests are a fascinating way to study and test human intelligence. Learn the origins and history of IQ tests, the methods developed to test intelligence, the multitude of available IQ tests, what your IQ test score means, and how to improve your IQ test score!
Life Path Number: the Right Way to Live Your Life
See how your life path number influences your life!
MATH QUIZZES
Welcome to the world of recreational Math!
PLAY
We use cookies to improve your experience on www.mathandmind.com and to show you relevant content and advertising. To find out more, read updated Privacy Policy
OK