FUN FACTS ABOUT NUMBERS: 6 and 7

What President of the United States was the first to have his photo taken? Why does the name of the ninth month of the year come from a word meaning “seven”? Read a compilation of fun facts about numbers 6 and 7!
Share on Facebook 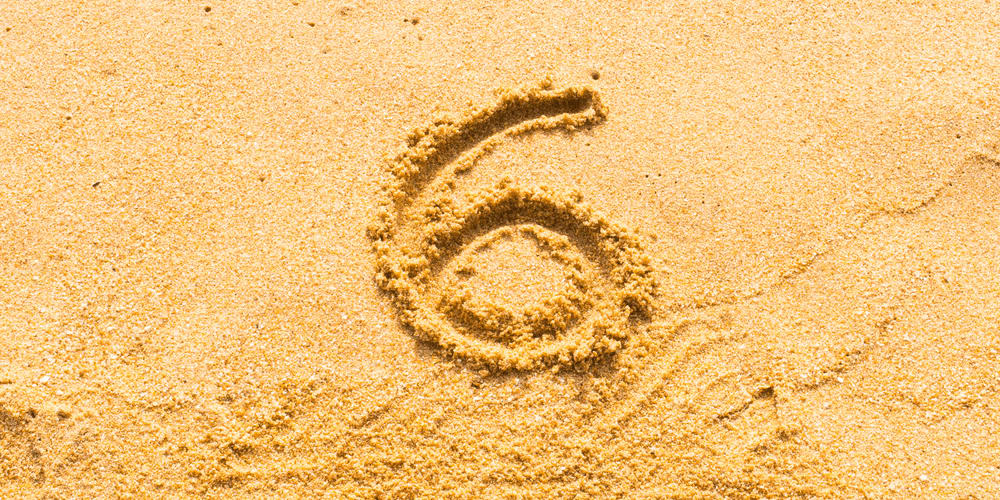 Didn’t you know that there is a perfect number in our numerical system? When is the most favorable time to get married? What President of the United States was the first to have his photo taken? Why does the name of the ninth month of the year come from a word meaning “seven”? Welcome to the fascinating world of numbers 6 and 7!

You might have known that numbers can be odd, even, natural, whole and even complex; but we bet you have never heard about perfect numbers! For example, number 6 is generally referred to as the first perfect number! This means that if you add all its proper divisors – 1, 2, and 3 – together you will get 6! Besides, if you add 1, 2, 3, and 6 and then divide the result by 2 you will also get 6!

Scientists traditionally acknowledge five senses – sight, taste, hearing, touch, and smell. However, if a person feels something in his/her bones that he/she can’t explain or perceive with the five physical senses, he or she is said to have the sixth sense about a situation.

June, the sixth month of the year, bears the name of Juno, Queen of the gods and the goddess of marriage in Roman mythology. Due to this, people generally consider June a favorable month to get married.

John Quincy Adams, the sixth President of the United States, was the first President to be photographed. However, the photo was taken long after he left office – in 1843.

Remember Roy G. Biv? Yes, that’s how children memorize the order of the rainbow colors. But do you know who was the first to identify the seven rainbow colors? Sir Isaac Newton, the English scientist, was the first to discover that white light can be divided into seven constituent colors – red, orange, yellow, green, blue, indigo, violet!

The name of the ninth month of the year, September, derives from the Latin word “septem” that in fact means “seven”! Wonder why? The explanation is very simple – until approximately 153 BC when the calendar reform occurred March was the first month of the year.

People who love reading detective novels usually think that potassium cyanide is the deadliest poison in the world. However, botulinum toxin type H is far more toxic to a human organism – seven teaspoons of the deadly substance are capable of wiping out the human race.

Time to boost your math skills
Play quiz now!
Play Quiz
Awesome Math Facts You Didn't Know
Some people think that math is boring – this myth should be destroyed once and for all! Read this article to learn the most stunning facts about numbers, sequences, and probabilities that will turn your world upside down!
NASA: Mars Colonization is No Longer a Futuristic Idea
Mars colonization may happen sooner than you might think – NASA scientists are on the verge of a breakthrough that would open an era of space colonization! NASA has developed a plan that would make it possible to restore the atmosphere of Mars.
MATH QUIZZES
Welcome to the world of recreational Math!
PLAY
We use cookies to improve your experience on www.mathandmind.com and to show you relevant content and advertising. To find out more, read updated Privacy Policy
OK