Hubble Space Telescope: How Does It Make Stars Closer?

On April 25, 1990, the Hubble Space Telescope (HST) was placed into orbit showing people cosmos as we've never seen it before. Learn what makes this space instrument so special!
Share on Facebook 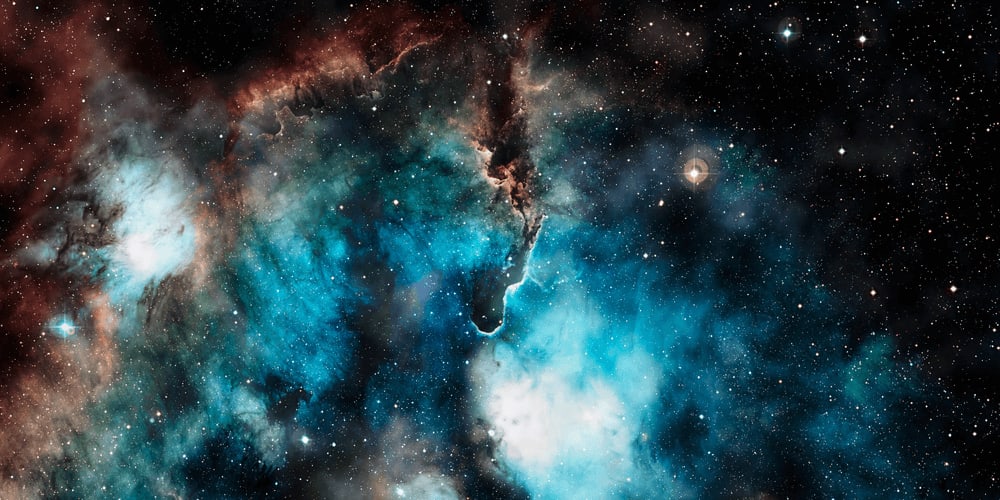 Humanity has always looked at the sky trying to guess what’s hidden in the depths of our endless space. The first observations were made with the unaided eye; then in 1610 Galileo Galilei created his telescope and observed the rings of Saturn for the first time; on April 25, 1990, the Hubble Space Telescope (HST) was placed into orbit showing people cosmos as we’ve never seen it before. What’s so special about this space instrument? We’ve compiled the most interesting facts about the HST to help you comprehend the vastness of the universe and the power of the human mind.

Despite the fact Hubble Space Telescope was launched only in 1990, the idea of putting a telescope into the orbit of the Earth was proposed almost 70 years before the date. In 1923, German physicist and engineer Hermann Oberth pitched an idea to create a device that would make perfect photos of the universe without any distortions caused by the atmosphere of our planet. The suggestion was approved in 1969 when spaceflights became possible, but it still took more than 20 years to put the HST idea into action.

On April 25, 1990, the Hubble Telescope was finally launched. It was named after Edwin Hubble, one of the most important astronomers of all time who explored galaxies beyond the Milky Way and discovered that the universe expands. The Hubble project cost $1.5 billion, but there were lots of other expected and unexpected ongoing expenses connected with various problems the scientists and engineers had to fight with.

Problems with the telescope were not long in coming. The main mirror of the HST was flawed, and – unfortunately for everyone – it was discovered only when the instrument had already reached orbit. The pictures it sent to the Earth were blurred because the mirror had been improperly manufactured, and it took NASA three years (!!!) to launch a mission aimed at fixing the problem. New cameras were installed in 1993, and the images they made were absolutely stunning.

There have five Hubble servicing missions, and the last and the final one occurred in 2009. In fact, the HST days are numbered now, as in 2021 NASA is going to replace it with James Webb Space Telescope with its primary mirror almost 3 times bigger than that of the Hubble’s.

Hubble Space Telescope became the first telescope to show people how enormous and stuffed with galaxies the universe is. When scientists pointed the HST to a spot in the sky where no space objects were captured by other telescopes, they saw more than 3,000 galaxies! Some of the galaxies were still very young, and the star formation had not yet started in them.

It may sound strange, but Hubble Telescope can travel not only through space but through time, too. It shows us space objects in the way they looked like when the light left them, not in the way they do now. Therefore, if we have a look at the images of the Andromeda galaxy that is 2.5 million light-years from the Earth we see how it looked 2.5 million years ago.

Hubble Space Telescope has been floating in space for 27 years now, and it may function up to 20 years more together with the new, bigger James Webb Telescope. Let’s celebrate Hubble’s 27th anniversary today!

Feeling inspired to take a math quiz?
So here it is! Enjoy!
Play Quiz
NASA: Mars Colonization is No Longer a Futuristic Idea
Mars colonization may happen sooner than you might think – NASA scientists are on the verge of a breakthrough that would open an era of space colonization! NASA has developed a plan that would make it possible to restore the atmosphere of Mars.
NASA Finds Organic Life in the Solar System
Ceres, the dwarf planet in the asteroid belt between the orbits of Mars and Jupiter, has recently provoked considerable scientific interest – NASA’s Dawn spacecraft has found organic molecules there!
MATH QUIZZES
Welcome to the world of recreational Math!
PLAY
We use cookies to improve your experience on www.mathandmind.com and to show you relevant content and advertising. To find out more, read updated Privacy Policy
OK