NASA: Mars Colonization is No Longer a Futuristic Idea

Mars colonization may happen sooner than you might think – NASA scientists are on the verge of a breakthrough that would open an era of space colonization! NASA has developed a plan that would make it possible to restore the atmosphere of Mars.
Share on Facebook 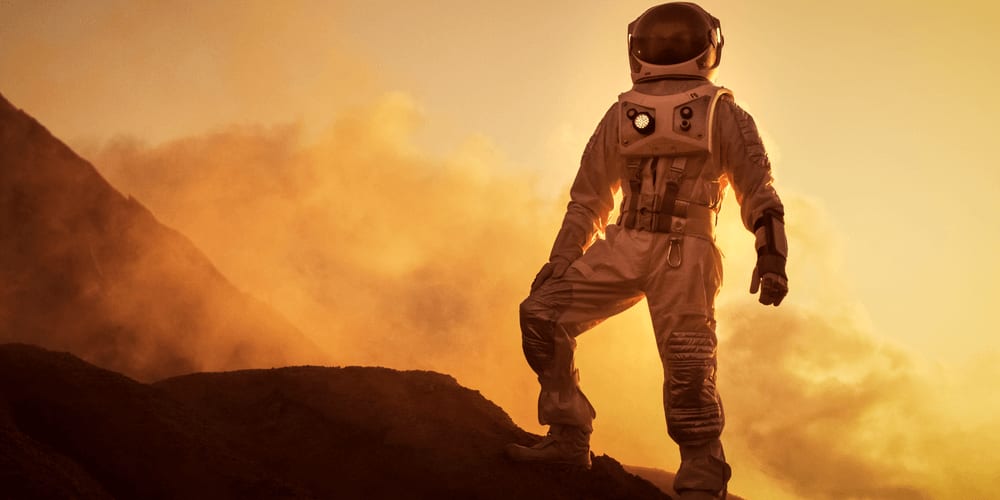 Why is Mars’s atmosphere unfit for life?

Scientists believe that once Mars had an oxygen-rich atmosphere and even oceans. The fact gives rise to allegations that Mars was once inhabited by living organisms. However, drastic atmospheric changes that occurred billions of years ago made the Red Planet unsuitable for life. As of now, there is no liquid water on the surface of Mars since the average temperature ranges from 200 K to 220 K (around -82 °F).

If compared to the atmosphere of Earth, the Martian atmosphere is extremely thin – less than 1 percent of Earth’s atmosphere. Therefore, it can’t protect the Red Planet against the radiation that comes from the Sun. Moreover, Mars possesses a weak gravitational force which results in atmospheric losses. In other words, Mars can’t keep its atmosphere, so it’s constantly escaping to outer space.

NASA scientists have come up with a bold but feasible plan – they want to launch a big-enough magnetic shield that would serve as the once lost magnetosphere of Mars. The shield would protect the Red Planet against solar wind erosion processes that are harmful to the atmosphere of Mars. Hence, scientists expect Martian atmospheric pressure and temperature to start growing over some period of time.

In a nutshell, the concept is as follows:


This plan is designed to create Earth-like conditions that would be suitable for human life. Presumably, the whole process would take from 50 to 80 years.

As of now, there are still a few issues scientists should consider before the plan will be implemented. If everything goes well, Mars colonization will become only a matter of time!

Enjoy more Space trivia!
Take a quiz by our friends at Zadavaka:
Play Quiz
What is an IQ Test?
IQ tests are a fascinating way to study and test human intelligence. Learn the origins and history of IQ tests, the methods developed to test intelligence, the multitude of available IQ tests, what your IQ test score means, and how to improve your IQ test score!
Life Path Number: the Right Way to Live Your Life
See how your life path number influences your life!
MATH QUIZZES
Welcome to the world of recreational Math!
PLAY
We use cookies to improve your experience on www.mathandmind.com and to show you relevant content and advertising. To find out more, read updated Privacy Policy
OK