Origami in History and Math

Considering a hobby to start? Read our article on origami to learn more about paper folding!
Share on Facebook 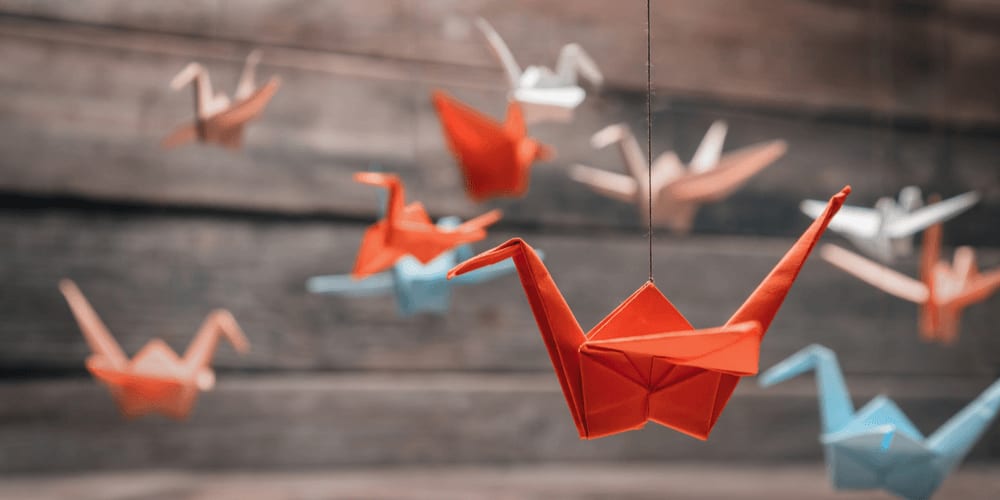 Origami is not only one of the most popular hobbies in the world that helps relax and relieve stress but it also possesses indisputable educational benefits! So, if you are considering what hobby to start, this article is for you!

Origami is translated from Japanese as “to fold paper;” therefore, the art of paper folding is traditionally associated with Japanese culture. Origami is believed to start around the 6th century when Buddhist monks introduced paper into Japan.


At first, origami was tightly connected with religious ceremonies. Ihara Saikaku in his 1680 poem tells us about folded paper butterflies that symbolized the groom and the bride during Shinto weddings. Paper folding was also practiced in China and Europe. Traditional Chinese funerals usually involve burning of a folded paper model of a sycee, or a gold ingot. The ritual is believed to appear during the Sung dynasty (905-1125 CE). A folded paper box that dates back to 1440 is regarded as the earliest archeological evidence of existing paper-folding traditions in medieval Europe. Later, the art of paper folding took the form of napkin-folding that was extremely popular in the 17th-18th cc. In the 1860s, the decade known as the Opening of Japan when the borders were opened to establish regular trade with the West, origami techniques began to spread around the world. However, origami gained enormous popularity only in 1954 when Akira Yoshizawa, a famous Japanese origamist, published a guide on how to fold paper models.

Nowadays, there are several types of origami techniques:

Did you know that:

More math for you!
Enjoy the quiz and earn lots of points!
Play Quiz
What is an IQ Test?
IQ tests are a fascinating way to study and test human intelligence. Learn the origins and history of IQ tests, the methods developed to test intelligence, the multitude of available IQ tests, what your IQ test score means, and how to improve your IQ test score!
Life Path Number: the Right Way to Live Your Life
See how your life path number influences your life!
MATH QUIZZES
Welcome to the world of recreational Math!
PLAY
We use cookies to improve your experience on www.mathandmind.com and to show you relevant content and advertising. To find out more, read updated Privacy Policy
OK