Please be Quiet or How to Live with Misophonia

Have you ever heard anyone saying, “Stop chewing like a cow! I can’t stand it!”? Think this person is just a bag of nerves? Probably, he/she suffers from misophonia.
Share on Facebook 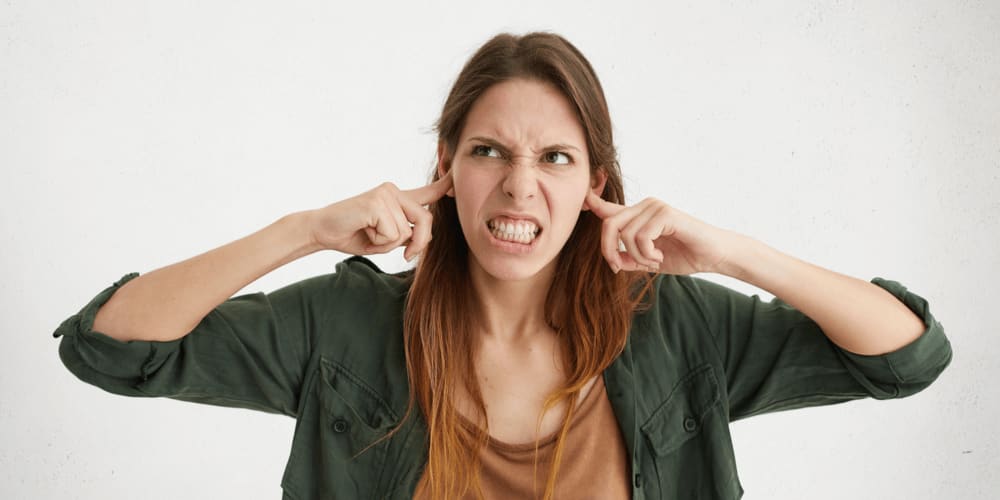 The term “misophonia” was coined in 2000. Meaning “hatred of sound,” it stands for a specific anxiety disorder. However, a sufferer doesn’t hate all sounds or loud sounds in particular. In contrast, sounds, or “trigger sounds,” that make a misophonic feel a sharp pang of fury are usually quiet and soft. The problem is that misophonics can’t control their emotions or the response to a trigger sound that can range in intensity from mere discomfort to the fight-or-flight response. This can turn not only a misophonic’s life but the lives of other people – his/her family members, co-workers, or classmates – into a nightmare. Moreover, a misophonic is aware that his/her reaction is over-exaggerated and that other people don’t normally react to those sounds in this way.


What sounds do misophonics hate?

There is a classification of trigger sounds that make a misophonic angry:

Is there a cure?

Since misophonia was discovered not so long ago, the condition hasn’t been explored thoroughly yet. However, there are several therapies that are believed to help people with misophonia:

Wanna learn more about anxieties and phobias?
Enjoy a psychology quiz from our friends at Zadavaka!
Play Quiz
What is an IQ Test?
IQ tests are a fascinating way to study and test human intelligence. Learn the origins and history of IQ tests, the methods developed to test intelligence, the multitude of available IQ tests, what your IQ test score means, and how to improve your IQ test score!
Life Path Number: the Right Way to Live Your Life
See how your life path number influences your life!
MATH QUIZZES
Welcome to the world of recreational Math!
PLAY
We use cookies to improve your experience on www.mathandmind.com and to show you relevant content and advertising. To find out more, read updated Privacy Policy
OK