The most distinctive feature of Roman mathematics is its numeric system that developed as early as about 800 BCE. Read the article to learn more!
Share on Facebook 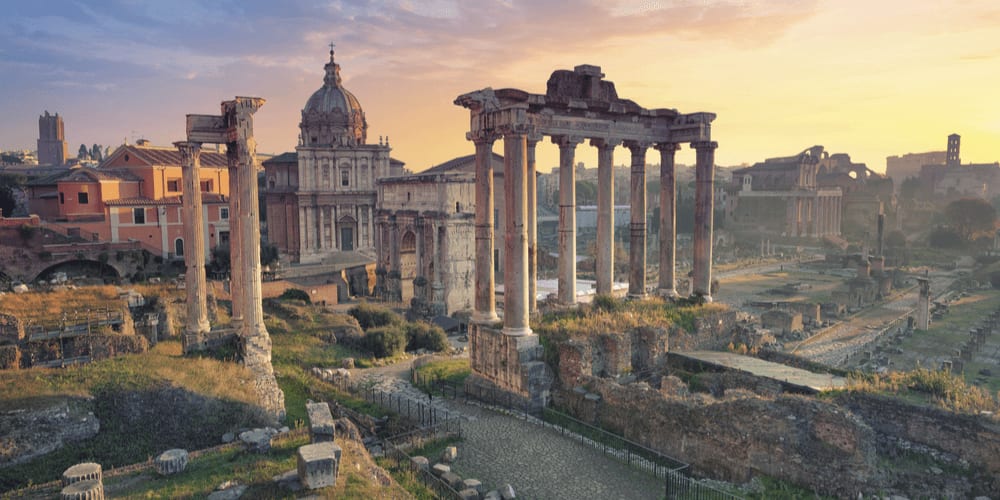 The Roman Empire that is generally referred to as the greatest civilization of its time made surprisingly few contributions to science and mathematics in particular. The Romans generally relied on scientific achievements and findings of the ancient Greeks. First and foremost, a practical Roman was concerned with the practical application of discovery rather than with its theoretical value – for example, the value of certain advances in geometry was estimated with their practical utility for the erection of various buildings, arches, or domes. The most distinctive feature of Roman mathematics is its numeric system. It is a decimal system that developed as early as about 800 BCE. Let’s explore its major features.

The Romans used seven letters of the Latin alphabet to represent numbers. They used:

If the Romans needed to express other numbers, they combined symbols adding or subtracting their values, for example:

2 was represented by placing “I” and “I” together – II; 22 was therefore expressed by the combination “XXII”

The Roman numeric system didn’t have a specific symbol denoting “zero.” However, the Romans were familiar with the concept of nothingness. For this purpose, they used the word “nulla” that meant “none” in Latin. By 525, the word was used alongside with other numerals and by 725 it was shortened to “N.”

Since it was more convenient to express fractions like 1/3 and 1/4 with the help of a duodecimal (base 12) system, the Romans applied it for fractions. Dots were used in fractional notation:

Time to boost your math skills
Tap to start!
Play Quiz
What is an IQ Test?
IQ tests are a fascinating way to study and test human intelligence. Learn the origins and history of IQ tests, the methods developed to test intelligence, the multitude of available IQ tests, what your IQ test score means, and how to improve your IQ test score!
Life Path Number: the Right Way to Live Your Life
See how your life path number influences your life!
MATH QUIZZES
Welcome to the world of recreational Math!
PLAY
We use cookies to improve your experience on www.mathandmind.com and to show you relevant content and advertising. To find out more, read updated Privacy Policy
OK