We continue exploring the development of mathematical practices throughout history. Our new article is devoted to Sumerian and Babylonian mathematics. Read it right now to find out why there are 60 seconds in a minute!
Share on Facebook 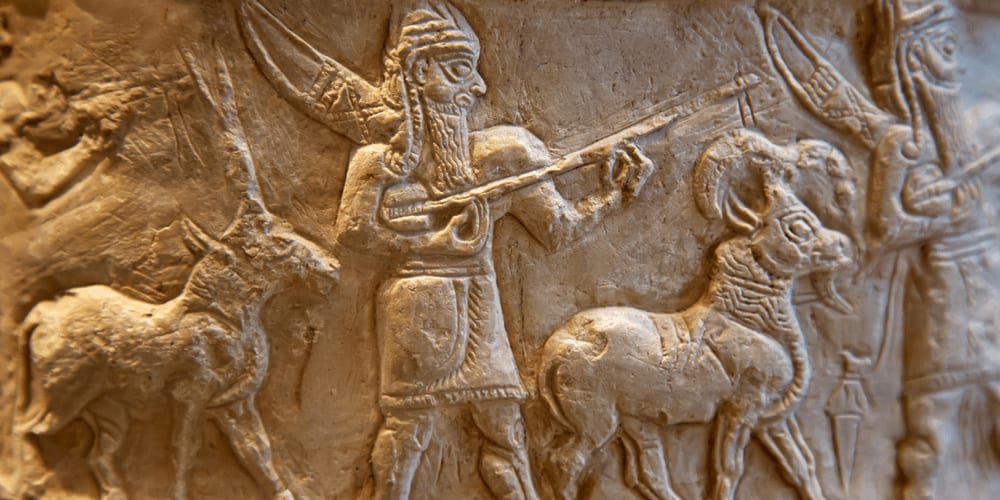 Ancient Mesopotamia that occupied the territory of modern Iraq and Kuwait is generally regarded as the Cradle of Civilization. A number of ancient civilizations and empires dominated the region, the most prominent of which included Sumer and the Babylonian empire.

Some historians consider Sumer the world’s first civilization. The inventions of the wheel, the plow, irrigation, and agriculture are traditionally credited to the Sumerians. Besides, they made a great contribution to the development of writing. After the invention of the cuneiform script, the Sumerian language became one of the first written languages in the world!


Sumerian mathematics emerged with the development of trade and agriculture around 6000 BCE. It was mainly used for taxation and harvest measurement. For these purposes, the Sumerians created a sophisticated system of metrology that dates back to 3000 BCE. There is also archeological evidence that the Sumerians could create multiplication tables and solve geometry and division problems.

The term “Babylonian mathematics” comprises more sophisticated mathematical ideas and practices written in cuneiform script. The Babylonians used a sexagesimal, or base 60, numeric system that later served as a basis for the division of a minute into 60 seconds and of an hour into 60 minutes. Therefore, we owe this division to the Babylonians!


As for the number “0”, the Babylonians had a clear understanding of the concept of “nothingness.” However, at first, they expressed it with a blank space rather than with a specific symbol that was created a bit later.

To put it in a nutshell, the main features of Sumerian/Babylonian mathematics are as follows:

You've got new knowledge!
It's time to quiz it now!
Play Quiz
What is an IQ Test?
IQ tests are a fascinating way to study and test human intelligence. Learn the origins and history of IQ tests, the methods developed to test intelligence, the multitude of available IQ tests, what your IQ test score means, and how to improve your IQ test score!
Life Path Number: the Right Way to Live Your Life
See how your life path number influences your life!
MATH QUIZZES
Welcome to the world of recreational Math!
PLAY
We use cookies to improve your experience on www.mathandmind.com and to show you relevant content and advertising. To find out more, read updated Privacy Policy
OK